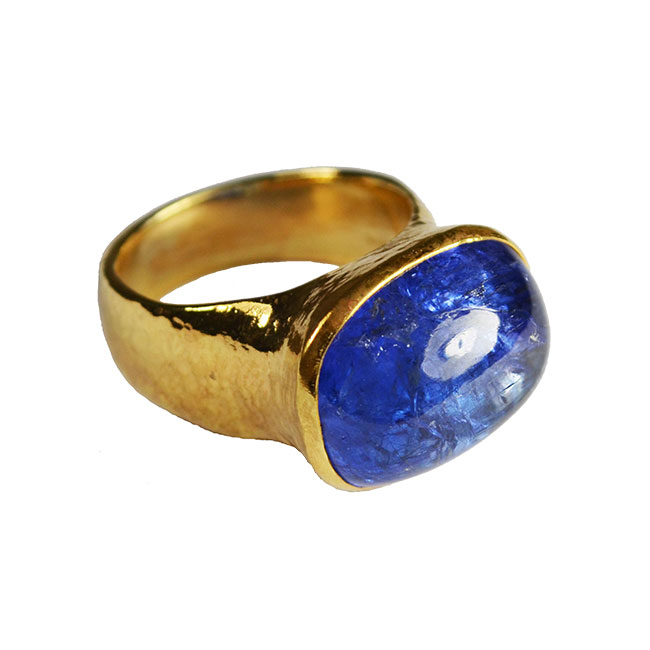 Two words that don’t often go together! Tanzanite is one of the more expensive gemstones. It’s rarity, only found in a small are of Tanzania, has meant that it is considered to be a luxury and expensive gemstone. 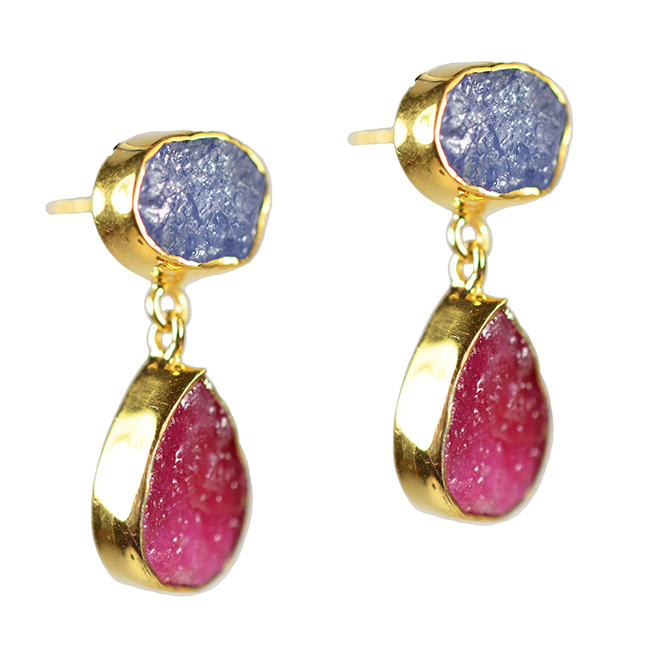 However, I was prepared to spend the time searching, looking and sourcing, and yes, tanzanite can be affordable. I introduced this wonderful violet blue stone to my first collection Tallulah and then to Tara. I spend hours sifting through stones, handpicking the very best for my jewellery. Once the stones have been chosen, I will then supervise the setting of the stones in the workshop. All the Tanzanite jewellery is made by hand. Each piece will vary slightly ( I don’t use calibrated stones ) in size, colour and shape. All of this adds to the sense of uniqueness.

So if you are looking for a unique piece of Tanzanite jewellery, I hope you will have a look here. 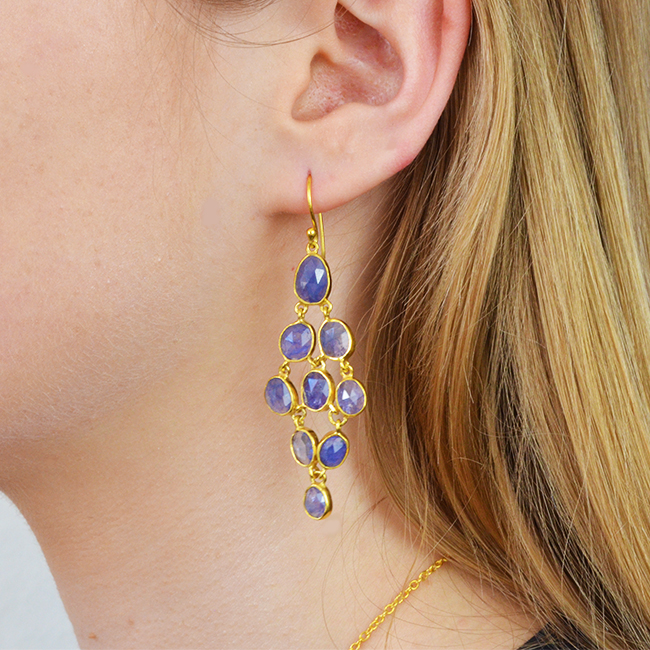 Tanzanite is the birthstone for December. If you have a December birthday, lucky you! It’s only in the last 50 years that Tanzanite has been associated with wedding anniversaries. Along with musical instruments, it can now be given as a 24th wedding anniversary present. 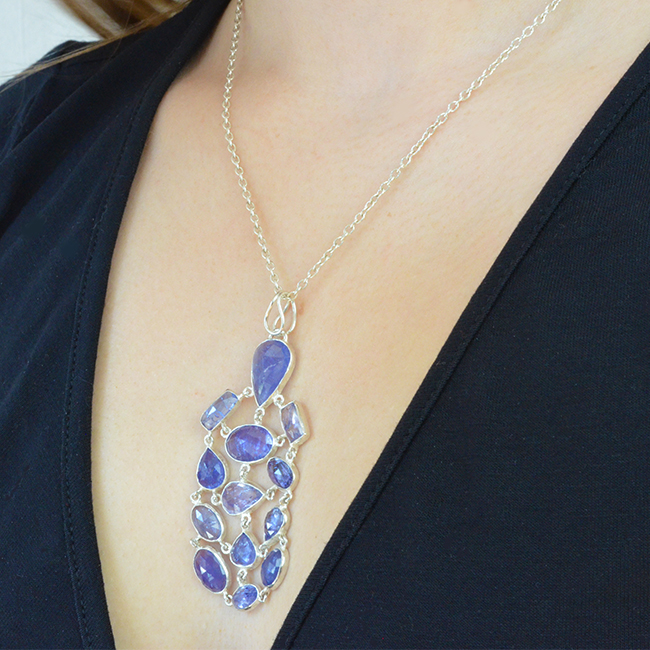 I hope you will agree with me that beautiful and affordable tanzanite jewellery is possible.

Tanzanite is a relatively new gemstone, it was first discovered in the 1960s. At first people thought they had discovered a new colour of Sapphire.Tiffany & Company recognised its’ potential as an international seller and made a deal to become its main distributor. Tiffany named the gem after the country it came from, and promoted it with a big publicity campaign in 1968. Almost overnight, tanzanite was popular with leading jewellery designers and other gem professionals, as well as with customers who had an eye for beautiful and unusual gems.

As with all gemstones, Tanzanite is said to have healing properties. For Chakra healing and balancing, tanzanite is often used . It is believed to stimulate the throat, third eye and crown chakras. In this way it unites the higher mind with intuition and communication.